Written by Adi Angelova
Updated over a week ago

Any sent or unsent (draft) campaigns you've created can be copied, allowing you to easily edit an existing campaign without having to start all over again from scratch.

Steps to copy a campaign

1. Select Campaigns from the navigation bar.
2. Select either the Sent or Drafts tab as appropriate.
3. To select the campaign you wish to copy, mouse over the campaign tile then drag and drop the tile over Create/Drag to duplicate. (We've used an example of copying a campaign from Drafts) 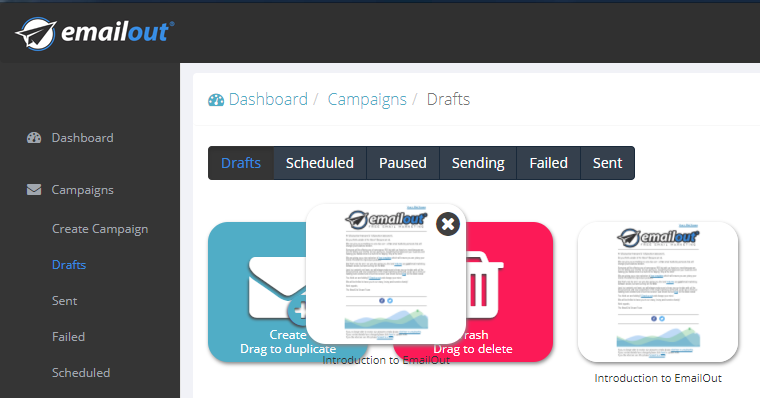 4. You'll be prompted to confirm copying/duplicating the campaign.

5. The duplicated campaign will appear, newly named as “Copy of campaign name”, under the 'Draft' tab. From here, you can rename the campaign and make changes at will.

Did this answer your question?